When we first saw Augustine, we both thought we had lucked out. I’m not sure either of us knew how much work needed to be done to make it livable. I remember seeing her for the first time and thinking “wow, there’s really not much to do except add a little paint!”. It wasn’t until after we brought her home and started the demo work that I started to panic. Removing the couch was the first thing that I did and it took me 3 hours. THREE HOURS. So may nuts & bolts and so many parts to disassemble. In my defense, our A/C was broke and we did the renovations in South Florida. When I finally got the couch out, a major issue was brought to my attention. Roaches. Our Airstream hadn’t left Florida and was unoccupied just sitting in an empty lot for who knows how long. If you know anything about Florida, you know that is a perfect recipe for a roach infestation. Neither of us are Floridians, so that wasn’t something we were expecting. I’ll get more into that problem and how we fixed it in another post, but that’s just a small example of the problems we faced during our renovation process.

So, without further ado, here is the Augustine before our renovations.

This is the living room area before, during, and after the couch removal. 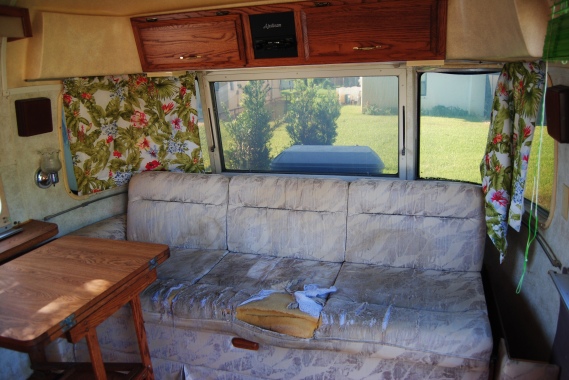 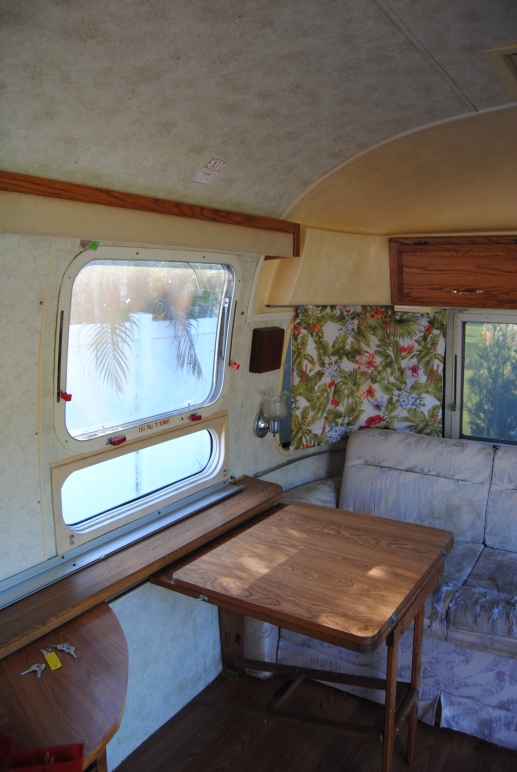 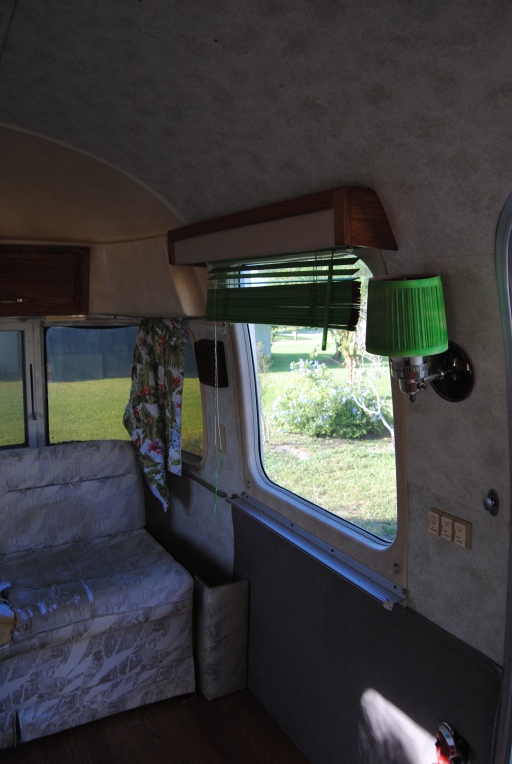 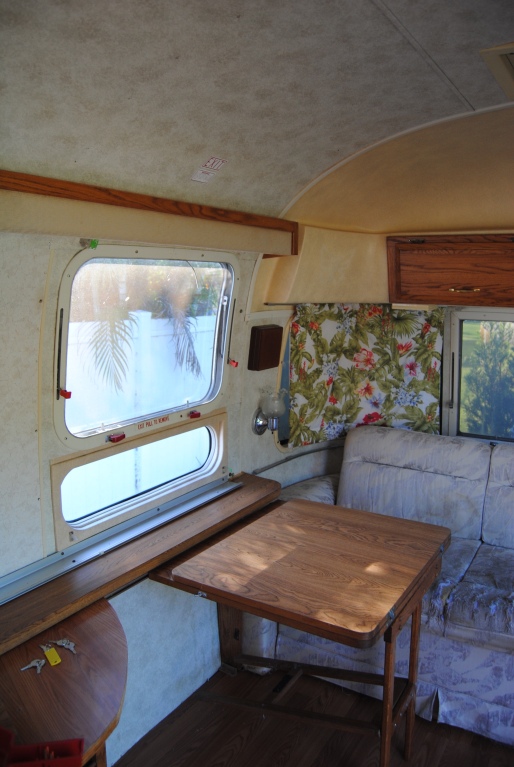 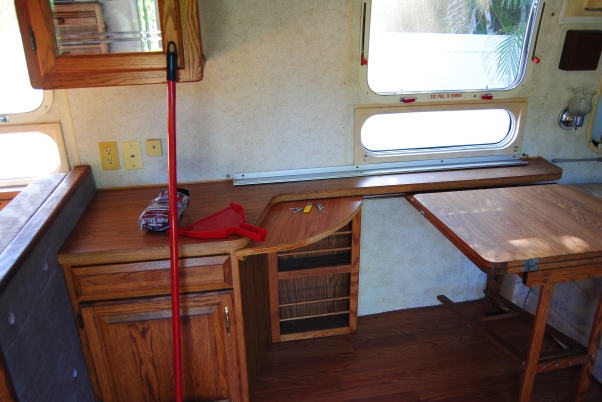 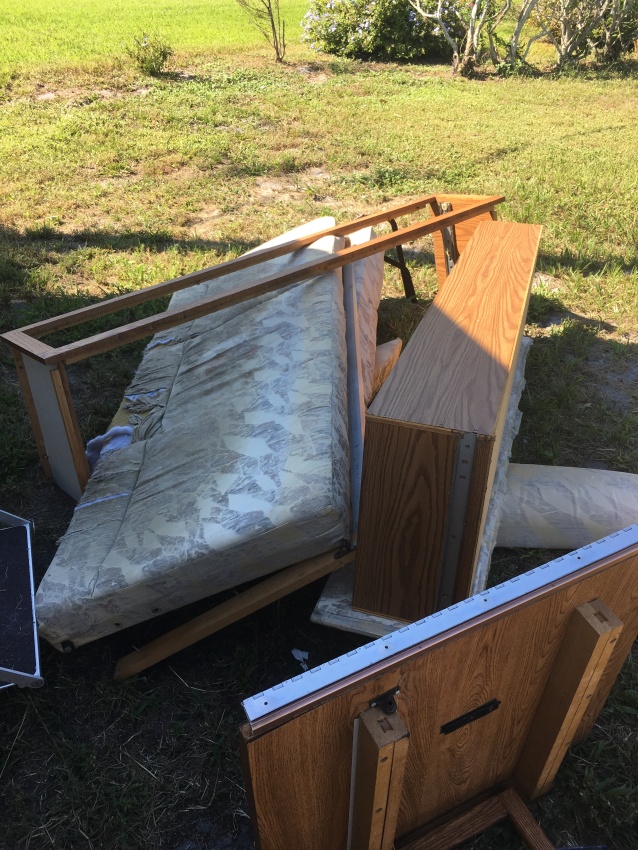 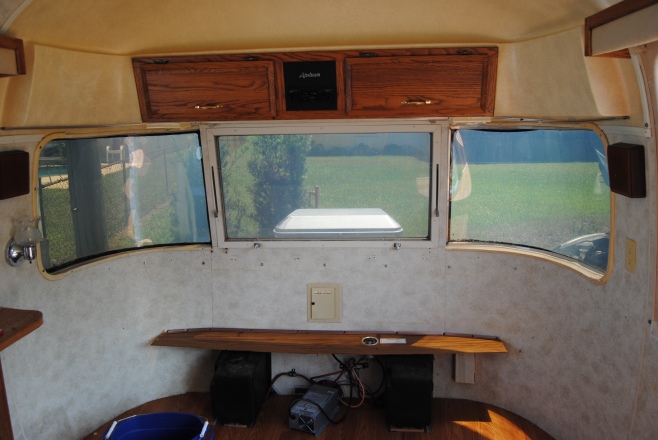 Here is the kitchen/dining area. 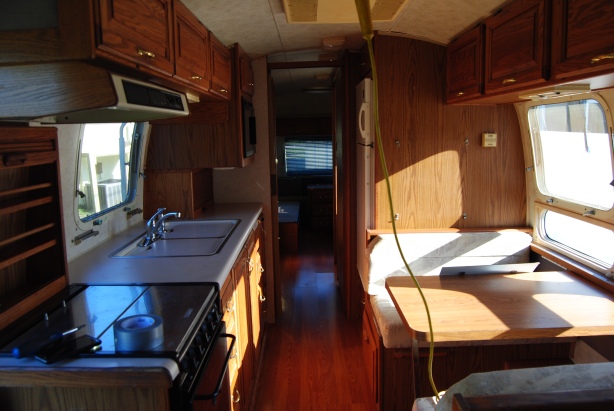 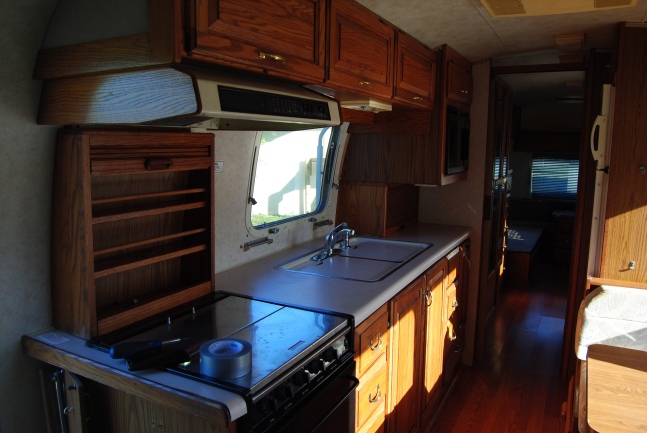 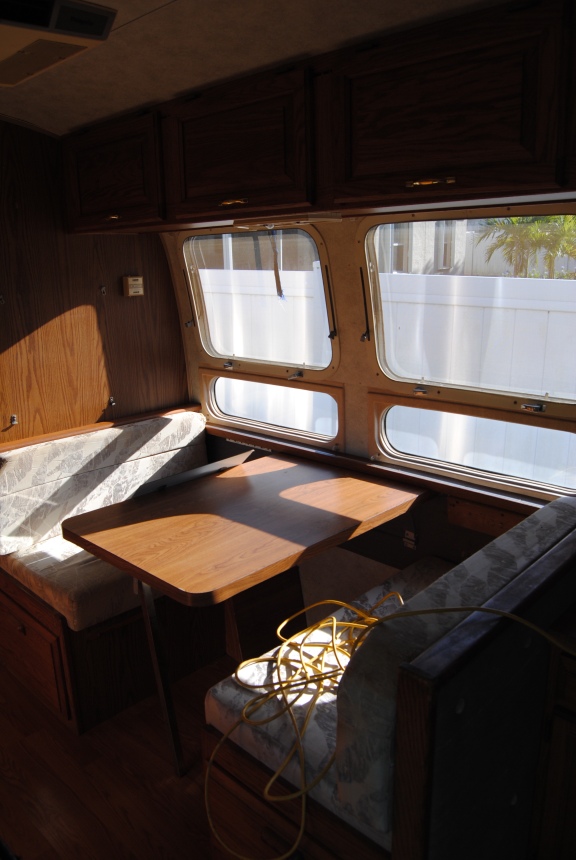 The bathroom terrified me. Seriously, it was the very last thing we did (and when I say “we” I mean mostly Nate) and the most repulsive. The previous owner didn’t use the right toilet paper so it was one big clump in the black water tank… I’ll just let your imagination take it from here. 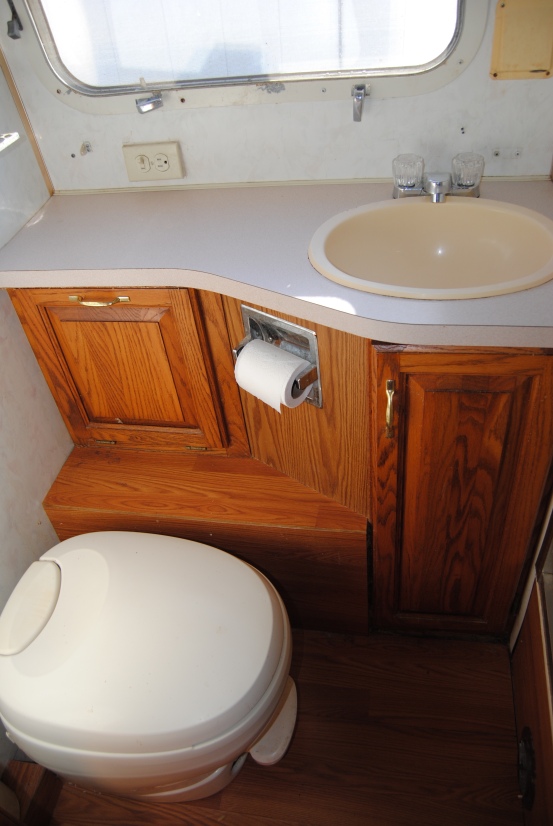 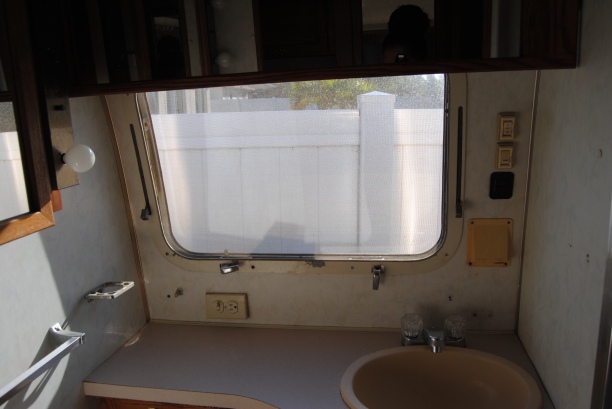 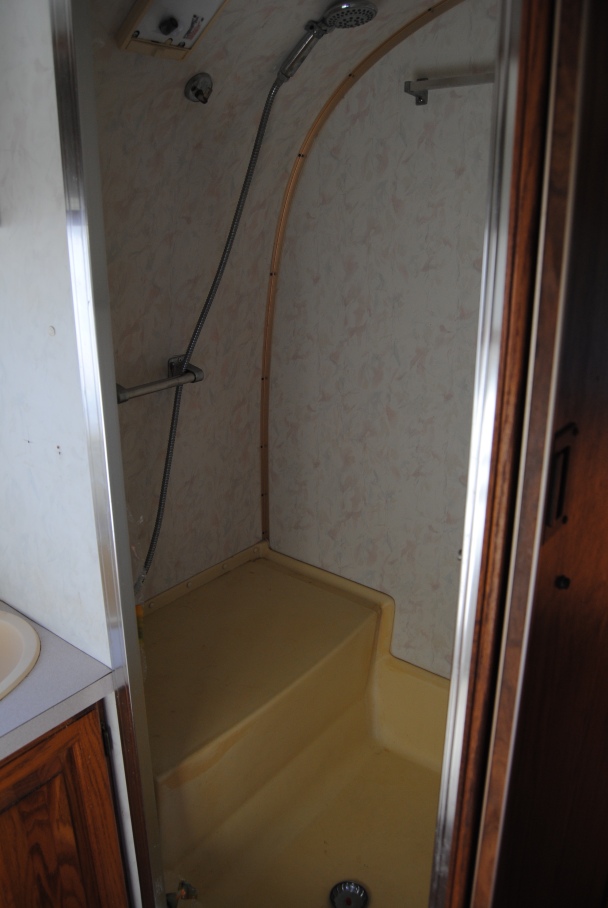 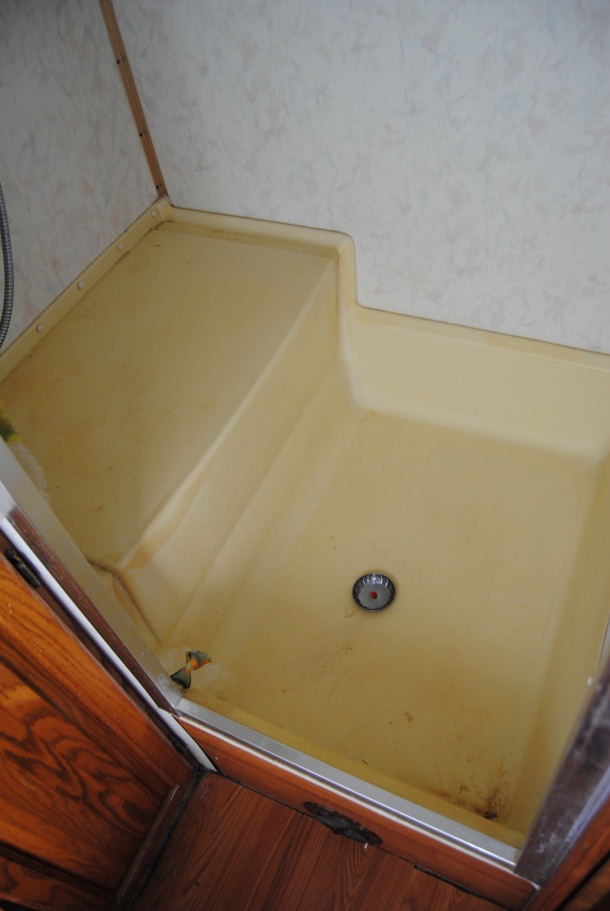 And finally the bedroom! It originally had two twin beds with a dresser in the middle. There was floor rot in the back; so we had to replace the subfloor (this was where the major roach issue was). We weren’t going to replace the floor because it was in fairly good shape! However, once we realized there was floor rot, we decided to just remove all the flooring. 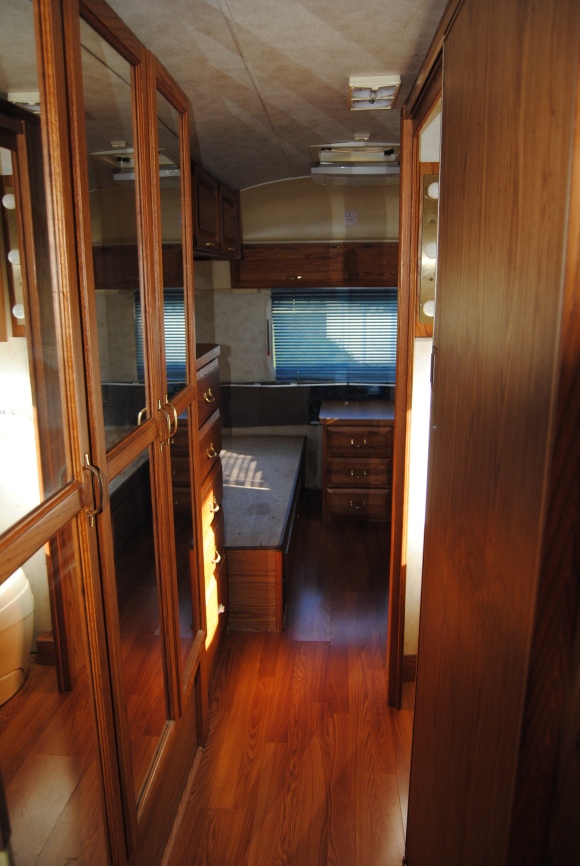 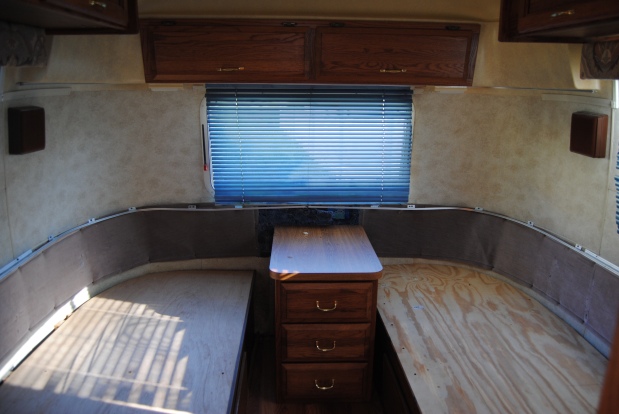 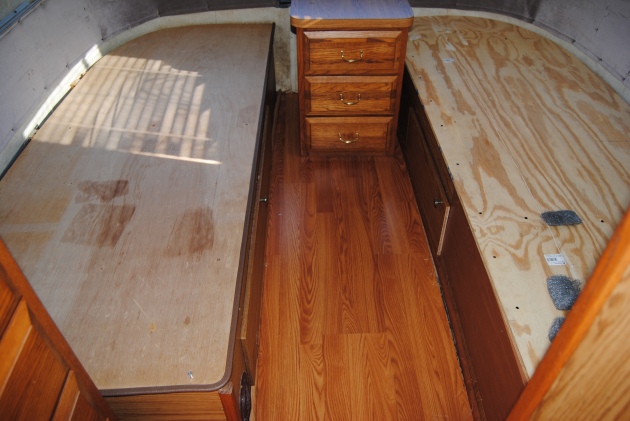 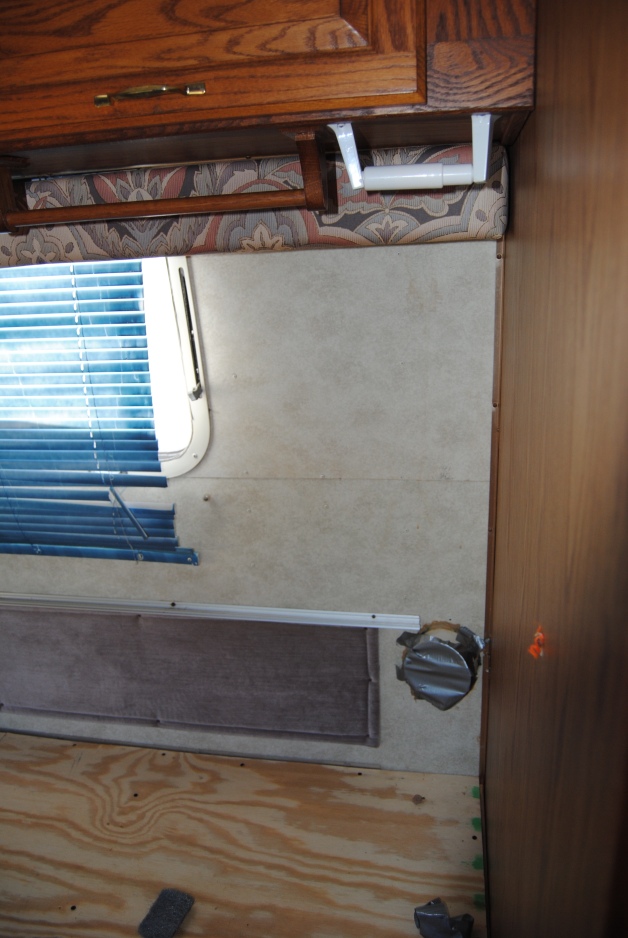 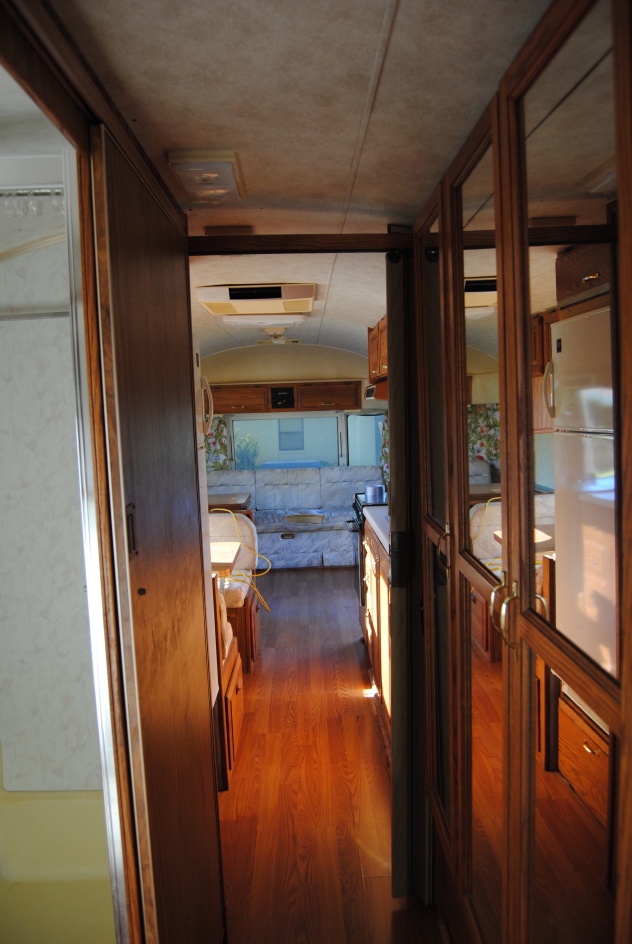